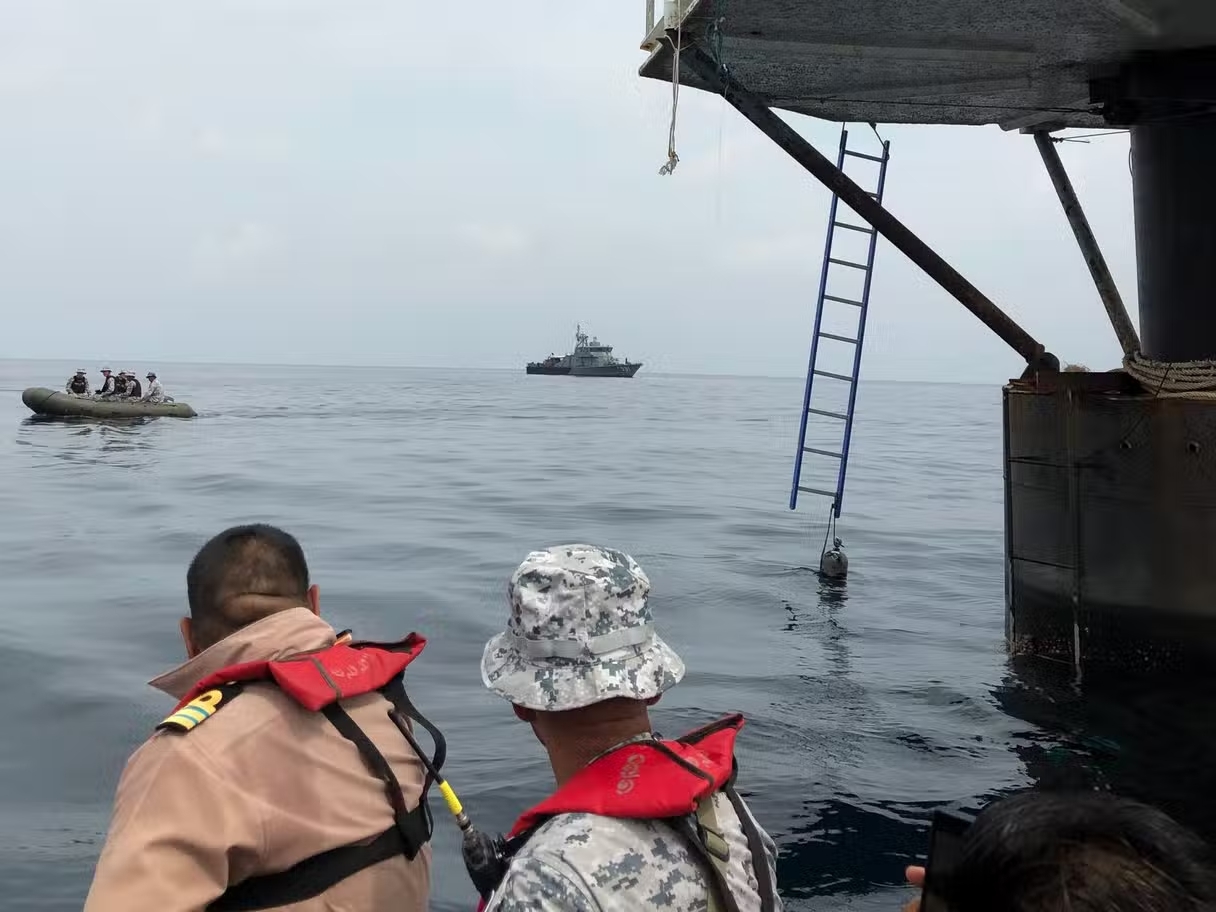 Disclaimer: The author has had moderate contact (both previously and currently) with some of the individuals and organizations mentioned.

On February 10th, 2019, the Seasteading Institute hosted their 10 year anniversary and the event was crowned with the official announcement that retired Bitcoin investor Chad Elwartowski and Nadia Supranee Thepdet (aka Bitcoin Girl Thailand) had successfully erected what is considered the first seastead.1 As a concept, seasteading – building homes and cities on the ocean – is ancient.2 Francis Bacon’s New Atlantis is cited as an inspiration for the Royal Society3, Wayne Gramlich’s seminal “SeaSteading: Homesteading the High Seas” was written in 19984 and even the (relative) newcomer the Seasteading Institute it is still older than Bitcoin.5 Contemporary iterations of seasteads were intended to be first and foremost symbolic and literal platforms for potential; think houseboats for big dreamers.6 So when the cryptocurrency power couple was forced to flee the Thai navy after being threatened with execution for treason, shock registered throughout the international seasteading community.7 The firestorm was compounded with reports that even the architect Rüdiger Koch was in danger, having to dramatically slip through the Straits of Malacca on a sailboat. He still lives like a political prisoner in a hotel in Singapore.8

Built by the firm Ocean Builders and christened XLII (pronounced “Exly”)9 the seastead was perched on an oil rig Genesis spar that allowed it to float securely above the water.10 This humble prototype was tucked just outside of Thai national waters where it was crewed voluntarily by Chad and Nadia.11 Their exploits were well documented by the Seasteading institute who delighted followers with footage of them receiving supplies from local fisherman and discovering how their home contributed to the biodiversity of the surrounding waters.12

Despite such a seemingly benign existence, the Thai navy stormed the installation on April 13th, citing concerns that the seastead disrupted shipping lanes and constituted a radical attempt to form a separate nation within their borders.13 Ocean Builders refuted these claims with the coordinates of the home showing it was outside of those borders and that the small structure (6 meters wide) was appropriately equipped with “a very bright anchor beacon and has a registered AIS beacon which can be detected by any boat with any sort of navigation in the vicinity.”14 Despite this and protests from the international community the Seastead was towed back through Thai waters where it is rumoured to still sit in a naval yard.15

Thailand is currently ruled by a Monarch who would prefer to spend his $30bn fortune in Germany while the military runs the country.16 Since the 2014 coup, the military has exploited the interim constitution which gave them the power to suppress “any act which undermines public peace and order or national security, the monarchy, national economics or administration of state affairs.”17

Building artificial settlements is a geopolitically touchy enterprise. China has asserted claims to territory in the South Chinese Sea by building of artificial islands.18 Seasteading Institute Chairman Patri Friedman disclosed that some had speculated that XLII was secretly funded by China in order to further destabilize the area.19

Even with this consideration, charging the couple with breaking article 119 of the Thai Criminal Code (which comes attached with capital punishment) still seems unjustifiably cruel.20 Given the current regime’s past, Chad and Nadia were right to flee when tipped off by a friendly source.21

Sailors Worth Their Salt

The Seasteading community has experienced similar significant highs and lows. In 2017 there was excitement as it was announced that the government of French Polynesia22 had agreed to begin preparation for the building of the first Seastead in a Special Economic Zone23 by 2020. These sentiments were dampened with whisperings that something had gone wrong.24 These rumors were confirmed when it was revealed that critics within and without Tahiti had seized the French Polynesian opposition party’s lambasting of Seasteading as a foreign elitist conspiracy that bordered on treachery. This political maneuvering had completely undone local support of the project, leading to an official chilling and even death threats to the ‘white elites trying to steal all the fish.’25

But this was not to be the end of the movement. Instead of fading into obscurity, the community rallied with Chad and Nadia to form a team of roughly a dozen who would all contribute to the construction of the first Seastead.26 Not only did the French Polynesia incident actually forge a dedicated crew of experienced veterans, it also gave the Institute hard-earned experience an actual working model at the cost of less than the average home.27

In terms of the questionable Thai legal proceedings, Chad and Nadia have abstained from attending, having since been married28 while still updating their followers as to cryptocurrency and seasteading news.29 Their partners at Ocean Builders continue to pursue the vision of sustainable life on the sea with the debut of a new “Ocean Builders Engineering” page, showcasing even more ambitious projects and prototypes.30

Despite this setback, the Thailand debacle is a valuable experience. It is heralded as a triumph of the proof of concept and the first of many such structures to come.31 In his April 2019 TED Talk, Bjarke Ingels gave a breathtaking tour of his firm’s architectural achievements culminating in a familiar concept for sustainable modular floating cities.32 Similar projects continue to pour out, from EU funded sea gardens33, to oceanic workplaces34, and floating cow farms.35

There will always be those who seek to build new lands and new cities.36 As even the most liberal economies come under fire by protectionists and centralizers37, investors will continue to seek liberty in greener pastures.38 When coupled with the urgent plight of low-lying island nations like Kiribati, it is a natural expression of both ‘a will’ and ‘a way.’39 Contrasting with the open/international water variants like Chad and Nadia’s XLII, Special Economic Zones (SEZs) provide for the same strain of economic empowerment inside of an autonomous region within a host nation.40 Once in place, this arrangement avoids “misunderstandings” from the next nearby authority (like Thailand) while providing a natural buffer from any external threat as it is within recognized nation’s borders. The Seasteads built within these SEZs will enjoy the autonomy to build, invest, and innovate as they will, while the local government benefits from the peripheral yet substantial growth that comes from such second-hand entrepreneurship and growth by association.41 As long as there remains a headstrong upstart or bold investor such enterprises will continue to be explored.42 So, while detractors might rejoice in the temporary setback, seasteaders or “aquapreneurs”43 can rest assured that there is a nearby future where the oceans will be dotted by the next wave of aquatic communities.44

Eight additional individuals have been named in conjunction with the same Seasteading crimes of threatening Thai sovereignty.45