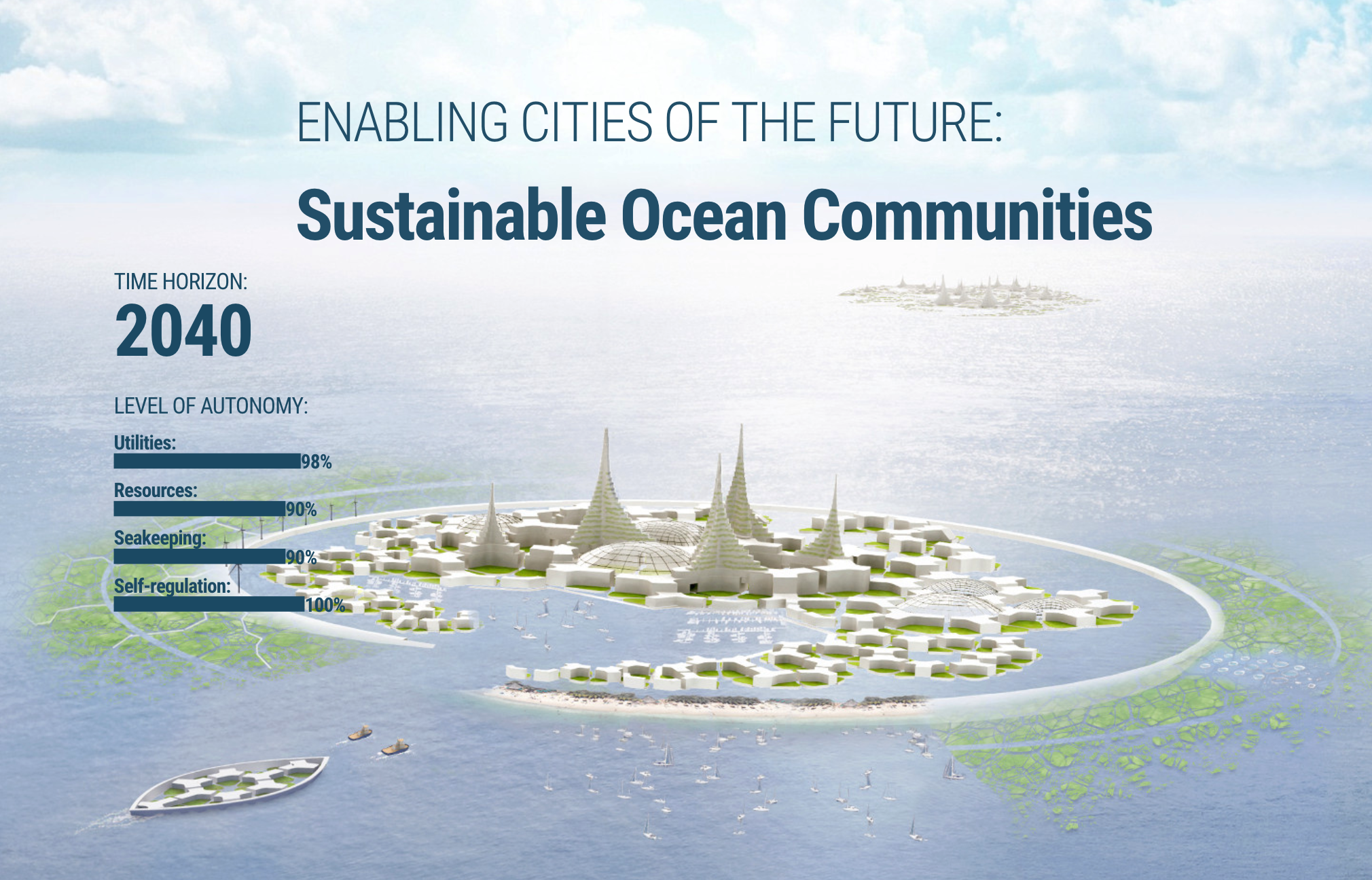 Earlier this month I dedicated my 27th birthday to a fundraising cause, specifically the Seasteading Institute. Within 24 hours the goal had been met and after 3 days we had reached 150%! While I was happily surprised at the positive reception of the Institute, at the same time-it felt natural, as if the world was already prepared for the manifestation of Seasteading as a reality.

Seasteading is a portmanteau of Sea (being the location) and homesteading, the noble tradition of self-sustainability, normally in rural or isolated areas. It promises to be “an idea at once audacious and simplistic, a seeming impossibility that is now technologically within reach: cities floating in international waters — independent, self-sustaining nation-states at sea.” The ambitious goals are summed in the title of the institute’s President Joe Quirk’s seminal work– “Seasteading: How Floating Nations Will Restore The Environment, Enrich The Poor, Cure The Sick and Liberate Humanity From Politicians.”

Both a prediction and call to arms, the book plans for self-organized communities characterized by liberal economies capable of enticing the finest minds and technologies. They are simultaneously modern arks and social experiments. The Institute for Competitive Governance defines the type of management advocated in Seasteading as characterized by “relatively small but deeply innovative special jurisdictions. This sort of structural reform can put the power of private competition to work at finding new solutions to oldest problems of public life.” Meaning instead of being (born into, suffering under, and finally dying) within the jurisdiction of traditional landlocked public governance, Seasteading will allow you to pick and choose the city/state you live in by moving your home. The possibilities are endless when you live on a boat or house that floats. As initial backer Peter Thiel wrote in his 2009 essay, “From my vantage point, the technology involved is more tentative than the Internet, but much more realistic than space travel.” That says a lot coming from the man who started Paypal with SpaceX’s Elon Musk.

It is heralded not just by technologists and Libertarians but also Polynesian traditional wayfinders, Pacific leadership, and sustainable tourist specialists. The very act of living on the ocean naturally engenders a lifestyle that respects an environment that one cannot run from. When you’re living on the ocean you are forced to live within its limitations and constantly consider and factor your environmental footprint.

For me, as a Gilbertese from the Republic of Kiribati the siren call of “Seavilization” is unavoidable. Even before former President Anote Tong displayed first interest in the possibilities, the Seasteading was linked to my own fascination and yearning. In the face of the loss of sovereignty to a rising ocean, the promise of floating islands is a much needed light at the end of the tunnel.

A voice from Samoa, Lelei Lelaulu muses, “There are so many opportunities for Polynesians in the Seasteading offering. It offers us the possibility of reviving our passion, our spirit for the oceans. It allows us to develop and flourish while remaining in our te moana [Ocean]. And it allows us to exercise complete freedom by controlling resources and our money and our social structures.”

This is a new world where islander children learn to code by middle school and quantum computing by high school. It is a fantastic mixing of Wakanda and Atlantis. Is it a utopian fantasy? Yes. But isn’t that the point? Shouldn’t we be navigating in the direction of greater goals, grander destinations that more perfectly fulfill our needs? I believe so. And all the Wetnecks, Steadheads, and Aquapreneurs believe so too. But even then, Seasteading has become so much more than the movement, it symbolizes hope and shall inspiration additional experimental cities and forms of governance to bloom, both on the sea and back on land.